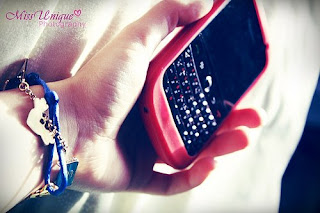 “It is not the strongest of the species that survives, nor the most intelligent that survives. It is the one that is most adaptable to change.” – Charles Darwin

Sometimes, it is frustrating that our parents are not very adaptive as we are. Isn't it? Well, you know what? Tomorrow your kids are going to think the same way about you. You might be thinking you are very adaptive and forward thinking. But you’re only partially true. You are adaptive only compared to your parents and not to your selves. Sometimes your are not adaptive enough compared to your friends or peers.

Let me tell you a small story. Small, but true story.

Recently my friend went through confusion in deciding something. He was saying, "I am searching for a cook, but I am not getting a proper one. Interviewed a lot of them but they all have disadvantages - Either they do not cook my style (south Indian), charge too much or does not agree to my convenient time. Well, I am getting tired of this and don't know how to choose". So, he got stuck in the deciding-state for so long that he ended up hiring NO cook at all, even though he needed one.

So I said, "If you're going to be staying in the same place for more than 3 months, then take a cook that costs more, but is agreeing in all other aspects. After all, you and your roommate together can afford the cost, even if it is slightly higher than standard rates". Yes it is a simple thought but because of his trained thinking he just over looked some of the advantages and forgot to see the situation from a better perspective. Advantages with this new agreement, are that:

Here, the advantages outweigh the only disadvantage (which is a little extra money) over a long term.

The Problem and The root cause

It’s not that my friend was poor in cook-interviewing. He was just stuck in his old way of thinking. He was adhered too much the general convention that "paying more than this-standard-rate is too much" and showed almost no focus on the other factors of his problem.

Because he stuck too much to the standard-rate concept and shied away from paying a little bit more, he ended up not having a cook and also,paid extra money unconsciously by eating outside, for a while.

Adapting means reconsidering the relevance of age-old advices and then acting upon them.

If you’d asked your parents advice on personal finance, they would start with “saving” and go on to “No credit cards” and probably end with talking about “savings” again. But, that advice is kind of outdated. You probably already know that and are doing lots of other things with your money like mutual funds, investments, bonds, insurance, credit cards, balance-transfer, etc along with saving. And, that's what is smart for this age. Your parents advice on saving were relevant only to their times as the earning style was different back then. Entrepreneurs were less and discouraged. A stable day job and savings was the best strategy then. But times have changed where work-from-anywhere is the new hip. I am not an expert in Personal Finance, but you should check out Ramit Sethi’s iwillteachyoutoberich.com. He's got some cool points to speak on money.

You can’t continue to keep having the conventional mind set and approach the daily problems. Our society and the world around us is evolving and we need to adapt. The sooner, the better! When unsure, just try and focus on all possible factors involved in the problem and brainstorm with a friend. Even the most obvious and trivial ones.

In my friend's case, he just needed a little bit of "long-term" thinking and reminding-of-some-things-he-already-knew. And in a little time of our conversation, he realized he needed to change his thinking style to solve his problem and arrive at a desirable outcome for long term. Hence he hired the cook paying him a little extra and is benefits and is happily living ever after

[Heard that now, my friend and his cook are teaching each other more cooking].

I was brought up in a middle class family background. My take on money, while I was growing up, was fairly conservative just as I was taught to be. I was very careful even spending 10 bucks. I could say that this general conservative idea towards money continued even in my college while I was not earning and was depending upon my parents for money.

As I started earning, the amount i had in hand started increasing way more than what i had in college and I was still stuck in the same old mentality (even in places where i could have easily been more lenient with money). This showed up while i was purchasing a gift for my sister and I was with my very good friend who chose a way costlier (and much better) gift than what i bought and that too she chose it for my sister. I felt bad because I knew my sister deserved it and I was able to afford that better gift. I adapted to a new mind set then and there. I realized that I had been a little conservative when it came to money and decided to change and get a better perspective to improve my mind set. That was when I went ahead and shopped a lots more of stuffs for myself

Some places where you can adapt to a new mind set

Just like the above cases, there are many places in our lives where we subconsciously stick to the old mindset and think from that point of view, which when upgraded to latest version could get better results. Here are some things where you might not be state-of-the-art adaptive:

My mom (before 3 years): "Internet is too hi-fi. I am not made for it. And by the way, I forgot the password for the email account which you set me up 2 months back."

My Mom (now): "why don’t we hang up the phone and do skype chat? And, where are those photo attachments which you said you'd send in 10 minutes?”

This is the first blog that i have read of yours without you asking me and surprisingly it turned out to be regarding me.Anyways ..it made a good reading.By the way my cook is also learning south indian stuff from me and is still under probation..hehehe[;)]

Thanks for the nice words! But, Hey I have to thank you for the inspirational problem that you had fortunately on that day...

:( sorry for this... but the title and contents did not match. but any ways overall it was correct but there were some silly grammatical mistakes. :P

U deviated from the topic. U could have done it better. There were grammatical
mistakes too. Do u directly type or notepad->blog. it was ok

rujokin, Thanks for reading my blog!

I didn't want to stick to "traditional" titling. So, went for a funny one... being remotely suggestive of content at first glance yet profoundly relevant.

Just before I pushed the publish button, I thought of writing "How adaptive are your parents" and changed to this title...

I just didn't want to talk about the generally used (many times thrown around glibly) word. I wanted to explore the underlying causes in some of the decisions in our daily lives. Things which we are completely oblivious to and yet they affect our actions in our daily decisions and hence life as a whole...

About grammar mistakes, I was in a rush to finish this blog. I will be more careful next time.

liked the comparative statements of your mother :)